Verdict Foodservice looks at how foodservice operators are using AI in the restaurant industry to give customers a more personalised experience.

Source: How AI is taking over the US restaurant industry this year

You just never know when that insane craving will strike. For some people it’s Chinese, for others it’s a sweet treat – but no matter what your belly is saying to you, there are times when it needs to be answered NOW. And luckily for us, in today’s age of instant gratification, ordering takeout or delivery is just a few taps away.

Source: Find Your Food with Sirved 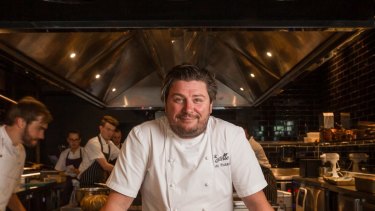 Mr Pickett compared the launch of the online delivery platforms to when digital television was released. “Everyone went out and bought a 50 inch screen and you would have thought the market would fall out of cinemas,” he said. “Somehow, the movies are still there and they are going strong because people want to go to the movies.

Source: ‘Flattening out’: Have we hit peak Uber Eats as consumers return to restaurants?

On May 2, Beyond Meat became the first plant-based meat company to go pub, listing its shares on the NASDAQ and seeing a nearly 600 percent spike over the ensuing months. Meanwhile, the companies chief potential competitor Impossible Foods has publicly flirted with the idea of an IPO while collecting massive investments from, among others, Serena Williams , Katy Perry Jay-Z , Will.i.am, Jaden Smith , and Paul George.

Working in tandem with Suzy, our insights show that diners are increasingly embracing choice, flexibility and convenience… Get More Ideas With The PSFK Daily Newsletter

The once affordable menu item is becoming pricier as consumers demand more premium options like grass-fed, organic and plant-based.

Food experts are warning consumers about the Beyond Burger and the Impossible Burger for their high levels of saturated fat. The environmental benefits of an alternative to the livestock industry are clear, and reduction of red meat is a dietary positive, but consumers viewing these products as health foods are making a mistake.

Source: Beyond Meat, Impossible Foods and the diet truth of the summer burger

The China food service industry is rapidly changing and foodservice operators are meeting consumer demands with new trends that are evolving.

Source: China food service industry: What are the current trends?