Upland Software conducted a study to determine what brands consumers love and what drives that feeling. Falling in love with a brand requires satisfaction, gratitude, loyalty and most of all, trust.

Hollis Johnson/Business Insider As millennials and Gen Z ditch beer, MillerCoors is trying to find new ways to win them back. MillerCoors CMO Michelle St. Jacques is presenting the company’s iconic brews in a new light, such as in a recent ad that stated Miller Lite has fewer calories than a glass of white wine.

Source: Gamers, white-wine calorie counts, and ‘The Bachelorette’: MillerCoors CMO reveals how the company is trying to win over drinkers as millennials and Gen Z ditch beer

John Poelking is a Leisure Analyst at Mintel. His passion for live entertainment, movies, television, technology and travel informs his sector knowledge. July 10th, 2019 July 10th, 2019 The wide variety of digital content available to US consumers has opened up the possibilities for what can attract a dedicated audience.

PSFK learns about the new, low-alcohol spirits brand catering to modern consumers who want a social and modern drinking experience without the negative side effects (and associations), and who value transparency as well as thoughtful design Get More Ideas With The PSFK Daily Newsletter 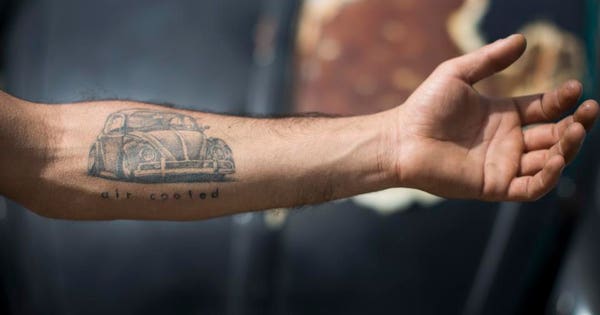 Few cars sparked as much passion in their owners as the Beetle. (AP Photo/Oded Balilty) ASSOCIATED PRESS It’s the end of an era in transportation and design: the final Volkswagen Beetle rolled off the Puebla, Mexico assembly line today .

If you’re getting your news from a smartphone, size matters.

NEW YORK, United States —  The story of the hair dryer that conquered the Internet, like so many trends in recent years, begins with a whisper network of well-connected moms. “This Revlon hair dryer is single-handedly taking over the world!

Source: How the Internet Became Obsessed With a Revlon Hair Dryer

Source: Bagboard, a new alternative to the single use plastic bag for independent retailers in Central London – Retail Times

Source: 23% of Netflix subscribers would cancel over introduction of ads – TBI Vision